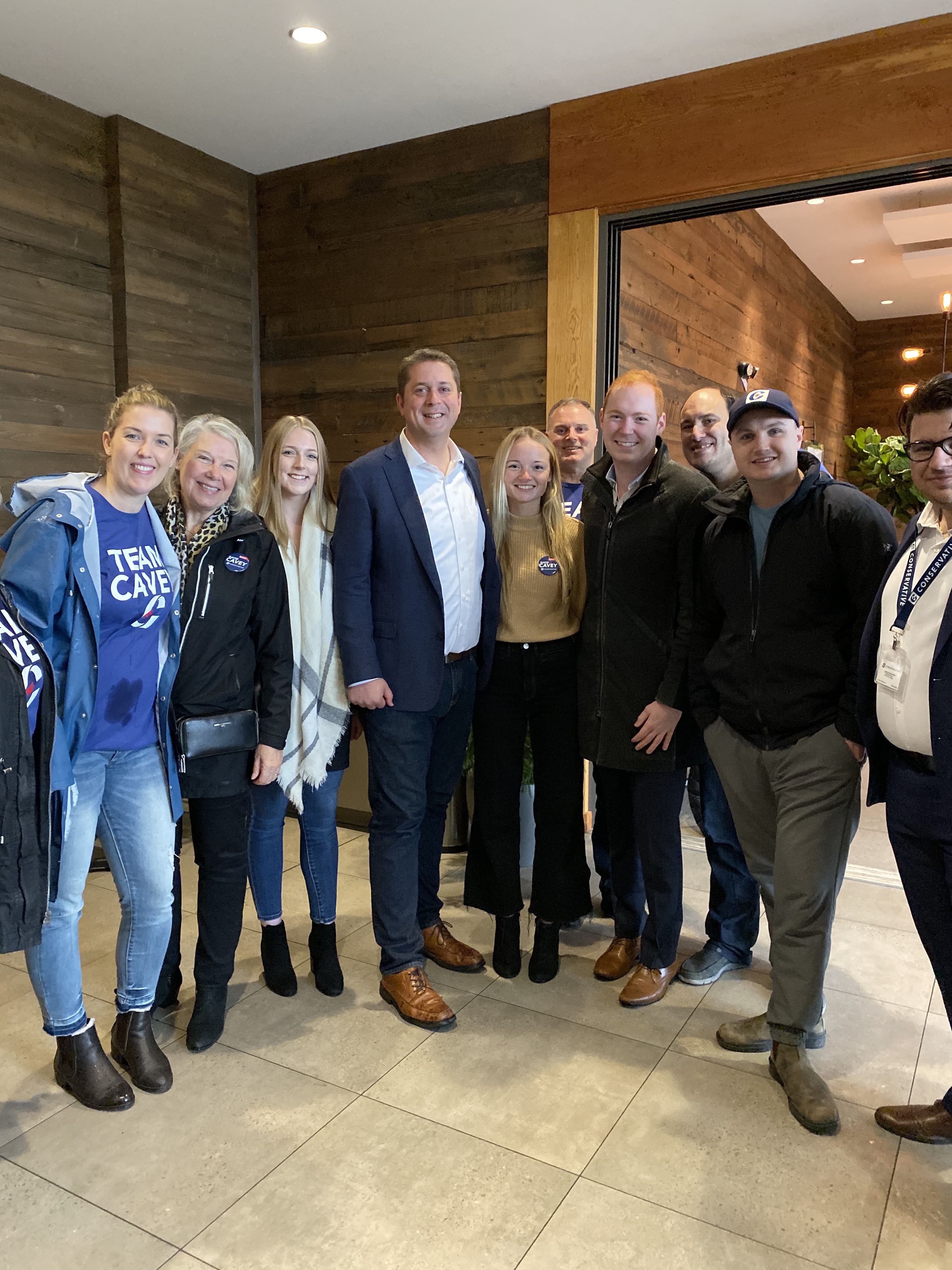 Andrew Scheer was in Vancouver Centre this morning to speak with the national media and help local Conservative candidate David Cavey defeat Hedy Fry.
“I’m proud to be here in Vancouver Centre with David Cavey” said Scheer during the televised event.
Andrew Scheer stated “the election tomorrow is a clear choice between a Trudeau – NDP coalition that will generate endless deficits and raise your taxes and make life more unaffordable, or a strong stable majority Conservative government that will lower your taxes and make life more affordable for everyone”.
“We need your vote to elect candidates like David Cavey in order to make life more affordable for the people of Vancouver” said Scheer.
Andrew Scheer took a number of questions from the national media.
Following the event David Cavey spoke with his supporters “Both my campaign and I have been working extremely hard to take our message of responsible government and low taxes to the people of Vancouver Centre. We have knocked on more than 15,000 doors and have had thousands of conversations digitally with voters” said Cavey.
“Having the leader come to our riding shows just how far we have come over the past 3 or 4 months taking our message directly to the voters in Vancouver Centre” said Cavey “all of us were proud to have the leader here” stated David Cavey.
“Traditionally leaders visit ridings in the final days where they have a strong base of support” said Campaign Manager Angelo Isidorou “and the data we harvested from the Advance Voting clearly indicates that this is a change election in Vancouver Centre.”
To learn more about David, visit: www.davidcavey.com.
Follow him on Twitter @DavidCavey and Facebook.
Do you like this post?
Tweet